Disney’s Frozen is headed to  Broadway. Open  casting calls for dancers and  singers will be held in both Chicago and Los Angeles

Expected to hit the  stage in spring 2018,  Tony  Award-winning scenic and costume designer Christopher Oram along with  Tony Award-winning director Michael Grandage will both be working on the show.

Disney is  looking  for  experienced dancers over the age of 18 to audition in either  LA or Chicago January 12-14. Disney released the following statement

This Broadway-bound Frozen, a full-length stage work told in two acts, is the first and only incarnation of the tale that expands upon and deepens its indelible plot and themes through new songs and story material from the film’s creators. Like the Disney Theatrical Broadway musicals that have come before it, it is a full evening of theatre and is expected to run two and a half hours.

Written by a trio of Oscar® winners, Frozen features music and lyrics by the creators of the film score Kristen Anderson-Lopez (In Transit, Up Here) and EGOT-winner Robert Lopez (Avenue Q, The Book of Mormon, Up Here) and a book by Jennifer Lee (Wreck-It Ralph), the film’s screenwriter and director (with Chris Buck). Frozen won 2014 Oscars for Best Song (“Let It Go”) and Best Animated Feature.

Don’t miss out on this  opportunity  of the lifetime to work with  such an  acclaimed director and costume designer as you travel the world with this amazing  show. Grab your resume, sheet music, dance shoes and  get your  butt in gear to head to one of these open calls.

Nervous? As the  words to the popular  song from  Frozen  goes, “let it go.” Go get that  part. 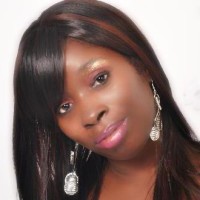 Check Out The Other Pages To This Site. There’s More To See